To share your memory on the wall of Della Collins, sign in using one of the following options:

Those who knew Della speak of her strength, and her stubbornness, but mostly of her love. She was smart and creative. She could raise money for any cause, which she did often through her association and membership in the Eagles (FOE 2753). She and Jerry were both active members. Aside from just raising children (and husbands) Della has worked for a Dentist and an Orthopedic Surgeon. Coming back to La Porte, she was the office manager/ membership director for Houston Yacht Club and accomplished most any task she set her mind to.

Della is preceded by her parents; her husbands, Bradley Taylor and Jerry Collins and son Kevin Taylor. She is survived by her children, Terry Taylor, Ricky Taylor, Jana Jacobs and Jeff Collins. She also leaves (at last count) eleven grandchildren and 25 great grandchildren. There are many extended family and too many friends to name that will miss her sweet smile. Rest well Della, You’ve earned it.
Read Less

To send flowers to the family or plant a tree in memory of Della Mae Collins (Dukes), please visit our Heartfelt Sympathies Store.

We encourage you to share your most beloved memories of Della here, so that the family and other loved ones can always see it. You can upload cherished photographs, or share your favorite stories, and can even comment on those shared by others.

Posted Jan 09, 2021 at 04:15pm
Della was my grandmother. She was also my talking buddy because we live miles and miles away from each other. Grandma favorite thing to tell me is she is old and boring. She would tell me that because she didn't have anything new to tell me. Brooklynn her great granddaughter would talk to her and grandma said that Brooklynn is full of energy. I would tell her stories about Brooklynn and she would laugh. When Brooklynn would talk to her grandma would either laugh or say she didn't understand her. Brooklynn talks fast. Grandma couldn't understand Brooklynn because she talked to fast. So I would tell grandma what she told her. Grandma would laugh. Grandma enjoyed talking to Brooklynn especially when she talked slower. We will miss our talking buddy. Love you grandma
Comment Share
Share via:

Posted Jan 09, 2021 at 03:50pm
Della was my step mom and my friend. I wasn't the easiest teenager in the world to handle but she did it with grace and taught me a lot. She was always a classy lady , ( I called her a Cougar) and she just laughed at me. Many people can attest to the warmth, beauty, and fun loving way she carried about her. I was very Blessed when my Dad Jerry Collins decided to marry her the final 3rd time. I will always hear her deep southern drawl saying, Now Jana. I will miss speaking with her and making each other laugh. I have lived many miles away from her but those phone conversations always brought me home. My love to her Two boys and all the Grandkids and great grandkids left behind. I know you will miss her as well.
Comment Share
Share via: 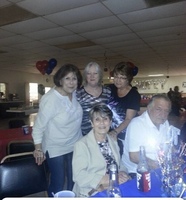 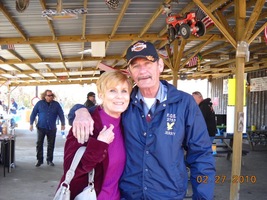 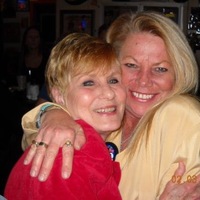 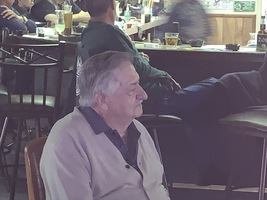