To share your memory on the wall of Paul Anderson, sign in using one of the following options:

Print
Our beloved Paul Richard Anderson (known to many as Andy) was born June 27th, 1948, in Cleveland, Ohio to parents, John and Victorine Anderson. On February 17th, 2021, Paul peacefully joined our Heavenly Father.

Paul, along with his sib... Read More
Our beloved Paul Richard Anderson (known to many as Andy) was born June 27th, 1948, in Cleveland, Ohio to parents, John and Victorine Anderson. On February 17th, 2021, Paul peacefully joined our Heavenly Father.

Paul, along with his siblings (Karen FitzGerald, Mary Keyerleber, and Jack Anderson), were all raised in the greater Cleveland area. Paul graduated from Cathedral Latin High School in Cleveland, OH in 1966. He attended Ohio University, graduating in 1970 with a Business Administration degree. During his time at OU, he was an active member of Phi Kappa Theta fraternity. From 1970-1976, he served his country as a member of the United States National Guard, in the artillery Unit out of Lakewood, OH.

Paul and his first wife Christine Ann Webb were married May 18th, 1974, in Barberton, OH. They shared many years of happiness and were blessed with three beautiful daughters- Kristen, Kelsey, and Lindsey, whom Cookie loves as her own.

In 1975, he started his career with Reliance Electric. This led him all over the country, exposing him to a multitude of lifelong friendships. In 1977, Paul moved to Charlotte, North Carolina where he continued to work for Reliance Electric. His career then carried him to North Attleboro, Massachusetts in 1981. Shortly after in 1984, Paul moved to Duluth, Georgia. In 1989, Paul’s career brought him to Denver, Colorado where he became Plant Manager at Reliance Electric, which later became Rockwell Automation. In 1998, Paul moved to League City, Texas and continued to work for Rockwell Automation as Plant Manager, until his retirement in 2005.

While living in League City, TX Paul met, as he liked to call her “his beautiful bride”, Mary (Cookie) Bryant. Paul’s love for Cookie was “warmer than the warmest sunshine, softer than a sigh, deeper than the deepest ocean wider than the sky, brighter than the brightest star that shines every night above, and there was nothing in this world that could ever change his love.” The two were married September 29th, 2001. With this union Paul welcomed into his heart, his fourth daughter Beth Johnson. Paul embraced Cookie’s extra-large family as his own, that is after he could get all their names right! After living sometime in League City, Texas, Paul and Cookie moved to La Porte, Texas.

He was truly one of a kind. A true gentleman to those he loved and met (most of the time). His love for his family and friends ran deep. Paul always wore his heart on his sleeve, even for a tough stubborn Swede. Paul never met a stranger. He had such a big heart; he would give you the shirt off his back (and has done so a time or two). He loved the outdoors and was always up for any adventure. He loved animals, so much that he tattooed his beloved Axel (bulldog) and Crazy (rescued cat) on his arms, to carry with him forever. Paul had a caring heart for all children, especially his own rascals. He was more than a sports fan; he was a book of knowledge on the subject. Any given day or any given Sunday, he could tell you all the stats, players and coaches. He loved his Brownies. Argh Argh Argh! He had a deep love for music and would travel far and wide to catch a live show. He could name the singer, song title and year it came out at the drop of a dime. He was always willing to bet a couple bucks that you couldn’t name that tune, and 99.9% of the time, he was right. He was intelligent, quick witted and had an infectious laugh. He will be forever remembered as a true Legend.

Paul was preceded in death by his parents John and Victorine Anderson. He is survived by his “beautiful bride” and love of his life, Cookie Anderson and his children, Beth Johnson “Slim”, Kristen “Krit" (Chris) Newcomer, Kelsey “Blondie" (Nic) Fletcher and Lindsey Anderson “Linny Dooze” (Ryan Shepherd “Vern”). Paul leaves behind his best friend and partner in crime Deborah Newberry, whom we are forever grateful for. For all the smiles and miles, the two shared together. Paul has 13 grandchildren- Jade, Kiley, Lila, Macy, Jaelynn, Kaylor, Ryder, Kai, Kole, Caitlin, Connor, Miriah, Ashlynn and 3 great grandchildren- Kayden, Kennedy and Brenleigh. In addition to his siblings, Karen (Bill Bob) Fitzgerald, Mary (Bob) Keyerleber and Jack (Wanda) Anderson, Paul leaves behind many aunts, uncles, cousins, nieces and nephews, and a host of extended family and friends who will forever carry him in their hearts and miss him deeply.

“Let us not look at this as a period and so final, but more of a comma of continuation”.
See ya’ round like a doughnut, you rascal. Forever in our hearts.
Read Less

We encourage you to share your most beloved memories of Paul here, so that the family and other loved ones can always see it. You can upload cherished photographs, or share your favorite stories, and can even comment on those shared by others.

Posted Apr 01, 2021 at 11:32am
Condolences from his Classmates at Cathedral Latin School and his friends from his Homeroom 1966! Paul was very liked by all his homeroom buddies even when we were a bit off line1
Comment Share
Share via:
C

Posted Apr 01, 2021 at 11:31am
Condolences from his Classmates at Cathedral Latin School and his friends from his Homeroom 1966! Paul was very liked by all his homeroom buddies even when we were a bit off line1
Comment Share
Share via:
C

Posted Apr 01, 2021 at 11:31am
Condolences from his Classmates at Cathedral Latin School and his friends from his Homeroom 1966! Paul was very liked by all his homeroom buddies even when we were a bit off line1
Comment Share
Share via:
C

Posted Apr 01, 2021 at 11:30am
Condolences from his Classmates at Cathedral Latin School and his friends from his Homeroom 1966! Paul was very liked by all his homeroom buddies even when we were a bit off line1
Comment Share
Share via:
RH

Posted Mar 31, 2021 at 04:01pm
Let our love and affection for Andy continue! He was truly wonderful. And special, so very special 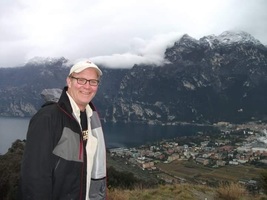 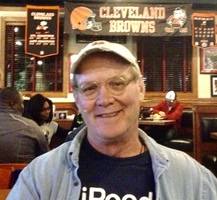 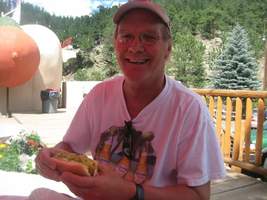 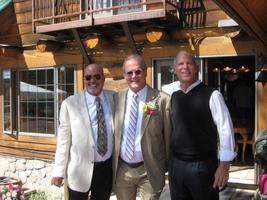