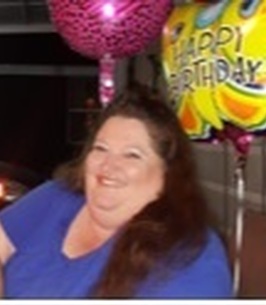 Sherry came into this world on August 29, 1970, in Etowah, Tennessee to Gary Waldo and Betty (Hood) Waldo. The family relocated to Dayton Texas where Sherry grew up. She was the eldest of three children; Cindy and Gary Jr her younger siblings. Growing up in Dayton she later moved to La Porte in 1989 upon marrying the love of her life Duane Wise, at Bayshore Baptist Church.

Sherry attended Dayton High school, then later attended San Jacinto College in La Porte, TX. participated in youth softball programs and later became a softball team “Mom”. Sherry was a devoted wife to Duane and mother to daughter, Tori. Tori later married Trent Sanders and they grew by one with granddaughter, Presley Sanders in 2018. Sherry loved Presley with all her heart.

She had amazing qualities. Sherry truly cared for her family and close friends, she did whatever she could to show she was always there for each of them. She loved to laugh; and her laugh was infectious. She did have a big heart that it makes you wonder how she could carry it all and still be so compassionate.

At the age of 51 on May 19, 2022 Sherry stepped into her heavenly home, leaving La Porte behind. She is survived by her husband Duane, daughter Tori (Trent), sister Cindy (Joey) and brother Gary Jr. She also has numerous nieces and nephews, extended family and friends whose hearts she will forever live in and be remembered by.

She is preceded in death by her parents, Gary and Betty as well as Donnie Dalton Wilcox.

All rights reserved. This obituary is also archived at obittree.com